This page of advice and tips for setting up and hosting a crowdfunding campaign has been curated by Open Food Network in partnership with Crowdfunder.

Choosing the ‘right’ crowdfunding platform for your campaign is one of the first key steps for success.  A platform which attracts projects (and hence potential backers and donors) similar to yours, can give you a head start.

Crowdfunder is a UK-based crowdfunding platform which primarily hosts community-spirited projects.  Two of its founding members initially worked on the River Cottage program and, still to this day, the values of Crowdfunder align very closely with those of OFN UK and community food enterprises:

If you are interested in hosting a crowdfunding campaign, we recommend getting in touch with Crowdfunder and mentioning that you are part of the OFN platform:

‘Crowdfunding is an alternative way of raising finance, by asking a larger number of people each for a small amount of money’ 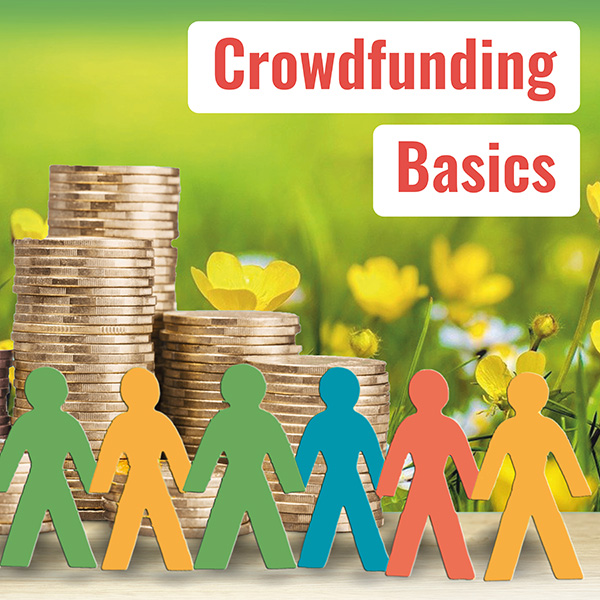 ‘What is Crowdfunding and how can it benefit your food enterprise?’ 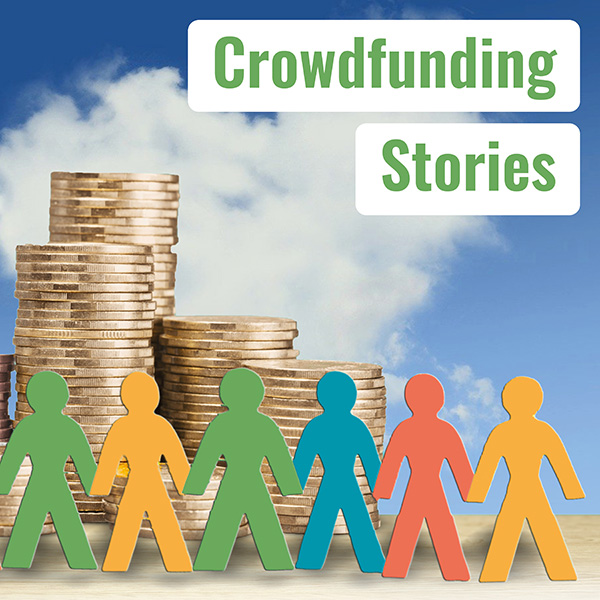 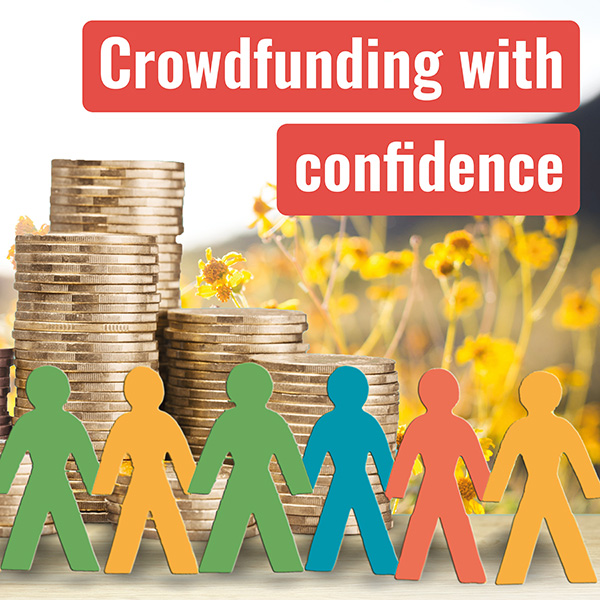 ‘Crowdfunding with confidence: How to raise money for your food enterprise.’ 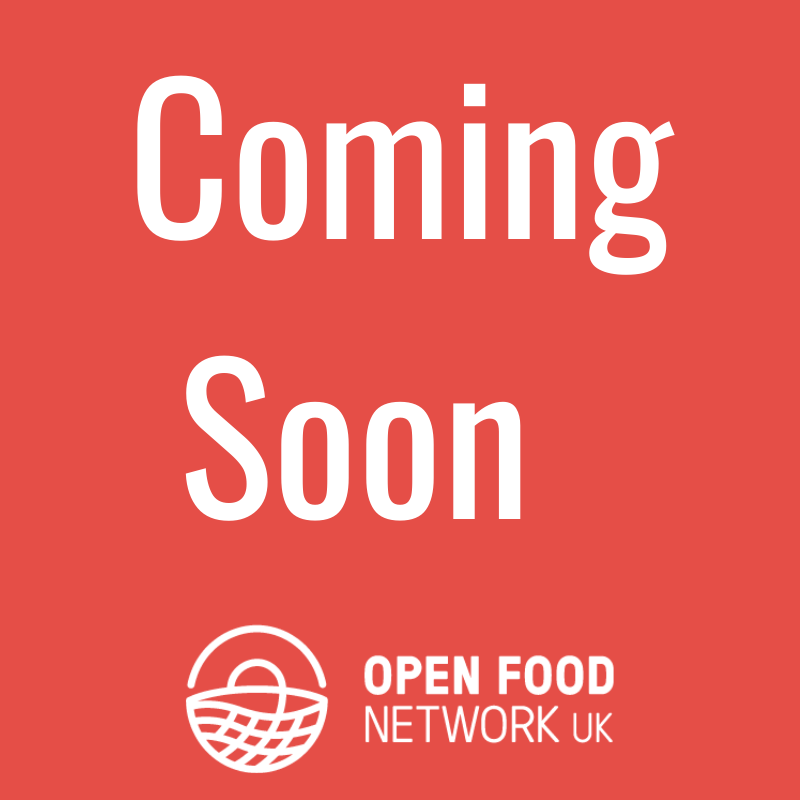 is crowdfunding right for you?
Once you have decided to 'go for it'
Setting a target & length
Ideas for rewards to offer
Plan, plan, plan
Marketing & social media

Is crowdfunding right for you?

Contrary to the popular belief, crowdfunding is not a ‘one-shot’ tool; many businesses and projects will host several successful campaigns over the course of their existence.

There will never be the ‘perfect’ moment to crowdfund and you can always learn from the mistakes of an unsuccessful campaign but you may wish to consider:

A successful crowdfunding campaign takes 2-3 months of intense prior planning.  You may need to also recruit new staff or volunteers to help you with either the campaign itself or to run the food hub while you focus on crowdfunding.

This might be to set up your food hub, to purchase a specific piece of equipment (eg. a van or storage), to be able to rent/purchase land, to refit or refurbish a shop…

Having a specific aim for the money will help you connect with potential donors and tell them how their pledge will both benefit them directly and the wider community. In turn, they will be able to see the results of their donation after the campaign has finished and feel invested in your food hub.

Non-specific campaigns, such as ‘to buy more equipment’ or ‘to increase access to local food’ can be more difficult to explain to donors and, in return, tend to be less successful.

Once you have decided to ‘go for it’

These were wise words spoken by Cathy from Y Pantri Glas during the Crowdfunding Stories with Guests webinar.

Have a look at what others in the local food movement have done while crowdfunding.  Perhaps even get in touch and ask them what they thought went well and how, in retrospect, they would have done things differently.

Four OFN-based businesses which you may like to look at are: Locavore Grocery, Sidwell Street Bakehouse, Y Pantri Glas, Sole of Discretion

The total budget for your project will be made up of the following:

This Grand Total may be larger than is viable to raise by crowdfunding alone.

Successful Crowdfunding campaigns tend to have realistic targets which is the bare minimum to top up funding from other sources, such that you can cover all the costs of a project.  Showing donors that you have already secured some financial backing demonstrates that your project and business plan stands up to the scrutiny of funding bodies and that you are really serious about your aims.

Other sources of funding you may consider:

Remember:  Your crowdfunding campaign may not be the largest source of funding for your project but will raise awareness of your food hub and may create a stronger, more loyal customer base going forward.

All or nothing v. flexible funding?

Research shows that four weeks is recommended as the optimal length to ‘go live’ with your crowdfunder for, but:

For example,a reward where a customer pays in advance to collect a box of eggs or a loaf of bread every week for a year. This will bring the shopper to your food hub regularly and increase the likelihood that they purchase additional items.

These can be really popular and online events (or recordings) in particular, can be economical to host (and hence profitable).

Items such as tote bags, pens and stationary, branded with your food hub logo will serve as marketing for the food hub after the event as well as perhaps being something which is only available through the crowdfunding campaign.

Sidwell Street Bakery found that rewards where the donor felt they were ‘giving’ twice (once to the crowdfunding campaign and once by purchasing food which was given/delivered to someone else) were really popular.

For example, Sidwell Street Bakery offered ‘Loaves of Gratitude’ as a reward which was simply a loaf of bread with someone’s initials carved into them.

There will be two types of people who wish to support your crowdfunding campaign- those who really want the reward on offer and those who are deeply passionate about your cause. Make it easy for the latter group to also feel like they can contribute significant amounts without having to accept something in return.

This is the most important step!  The more time and effort you can put into planning before your campaign goes live the greater the chance of it being successful.

We recommend refering to this very helpful document.

It’s even worth, in the planning stage, considering the next steps after the campaign closes!  Think about how you will proceed both if you reach the crowdfunding target and if you don’t.  If you host a rewards based campaign then you will have (hopefully) lots of rewards to deliver!

Planning your marketing and the roll out of your campaign before you launch will greatly help! Be prepared for a very full-on 4 weeks, living on social media and continuously shouting about your food hub and values!

When planning a marketing campaign for your crowdfunding, this document will help you make lists of who to contact for a donation, and at what stage.

Friends of the Earth

Ask other businesses on the OFN platform if they would be willing to share a social media post or two in support of your crowdfunding campaign.

Ask those closest to you to:

This avoids the ‘empty restaurant’ scenario and will encourage those who don’t know you as well to also contribute.

Point of sale marketing such as decorating your collection point with information about the crowdfunding campaign can be very effective.