In this series of blogs, Lynne Davis from the Open Food Network, describes the business models of some of the food hubs and producers in their community. Here, in the fourth blog of the series, Lynne introduces Cockermouth Country Market.

Cockermouth Country Market is a small but busy and colourful market stall in Cockermouth, Cumbria, England. One of 400 members of the Country Markets Association nationally, the market stall sells cakes, bakes and crafts made by local producers and experienced home cooks, seasonally produced on Cumbrian soil. 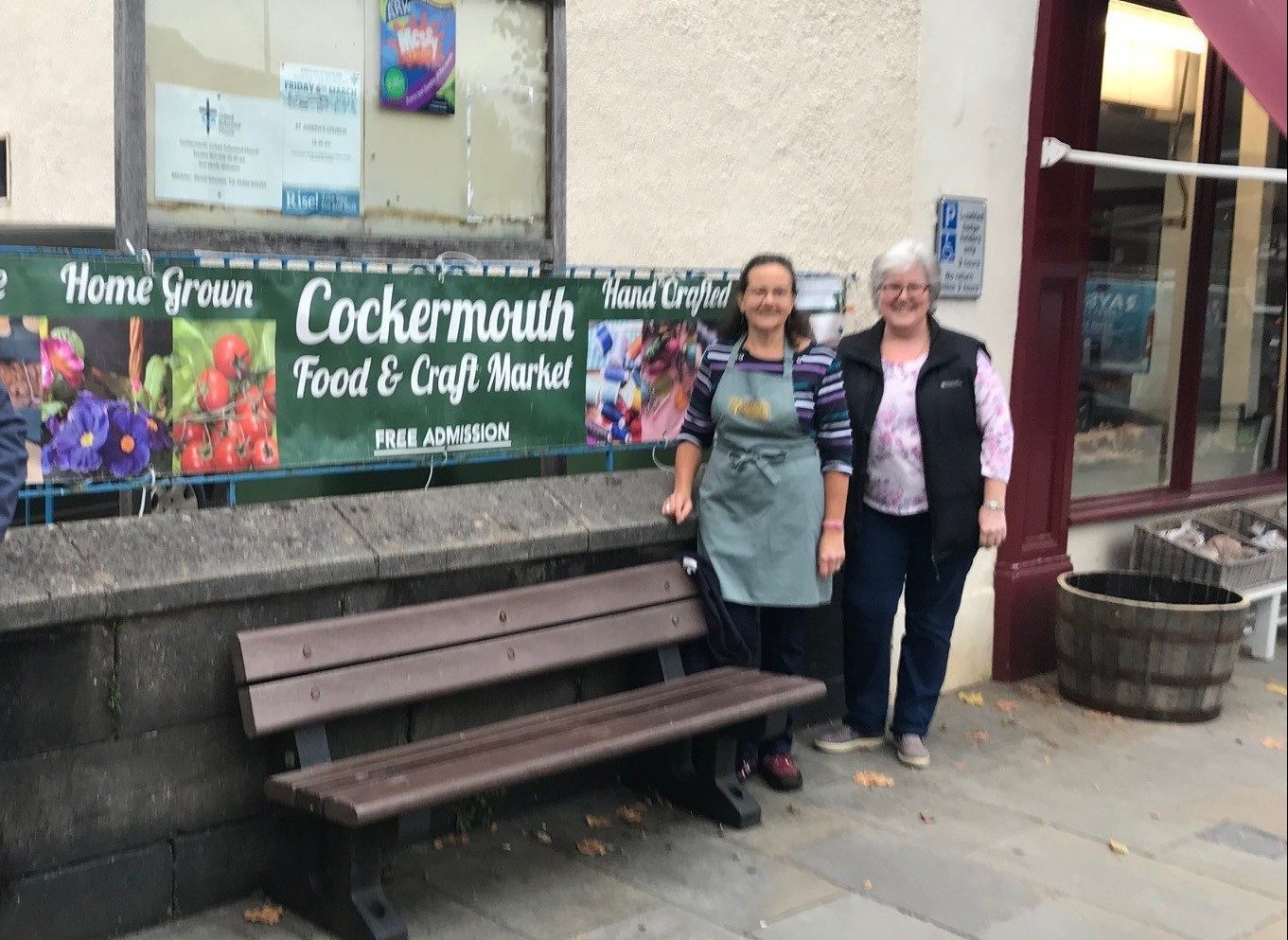 The Country Markets Association was originally set up in 1919 after World War One for women to sell their extra produce. It quickly became a central part of communities across the country. Originally a vital lifeline and source of income, when home cooking and the growing of fresh food were normal household activities, the Country Markets now pride themselves on keeping these traditions alive. Across the country, you can find almost anything that can be produced in a domestic kitchen. The Country Markets Association operates as a network of cooperatively run markets, and offers insurance and promotion to its members. Members join for the nominal joining fee of 5p, which their website proudly states is “the modern equivalent of an old shilling”.

The sense of tradition is strong in Cockermouth Country Market, but so is the pragmatic desire to adapt to changing circumstances. The volunteers have put a lot of energy into attracting younger people to buy and sell through the market.

“[Previously] many people were quite old and […] didn’t want to change, as they have been there since [the market began in] 1961 and were stuck in their ways. [In the early 2010s] 60% of people involved decided to leave for various reasons. It has been hard work to attract younger people.”

The effort appears to be working. While the average age of customers and producers is still over 50, this is lower than previously. Cockermouth Country Market has grown to trade around £30k a year of produce. This number has increased significantly, from £14k in 2015. Alongside working to attract a wider age group, the volunteers have worked to expand the range of produce available. This now includes a wider range of crafts, which has proved popular and a draw, in particular, for tourists. While most producers are there for the love of it, some producers, like Lake District Candles, have grown into viable businesses.

During the 2020 pandemic, many Country Markets added online sales to their operations. Sue Cliff, one of the volunteers involved in running Cockermouth market, was responsible for bringing it online.

“It took some time to get used to having an online shop!” says Sue. “The lockdowns were particularly challenging as we were unsure how to keep our customers engaged. Prior to Covid-19, the physical infrastructure played a central role in building relationships between customers and producers, particularly for their elderly customers.”

Cockermouth has since reopened, albeit with caution, since many of the customers are quite vulnerable.

While the market may be small, the benefits are multifunctional and nurture a deep sense of community, particularly among the elderly members.

“It’s a way of keeping in touch with each other,” says Sue. “If a regular [customer or producer] doesn’t come for a week or two you know to give them a call and check if everything is alright.”

You can read more about Cockermouth Country Market in the Open Food Network case study, here.

The Open Food Network exists to support community food hubs and socially and ecologically driven food businesses to thrive by providing software tools alongside mentoring and support to pioneers across the UK. The Open Food Network UK work alongside the global OFN community building open source software commons to transform our food systems, build communities and regenerate the Earth.

Lynne has a background in agriculture, engineering and economics and combines this knowledge to find creative opportunities for community food businesses to thrive. Lynne has worked on agricultural policy with the Landworkers’ Alliance, La Via Campesina, and the RSA Food, Farming and Countryside Commission. She is also a board member of Ecological Land Cooperative.